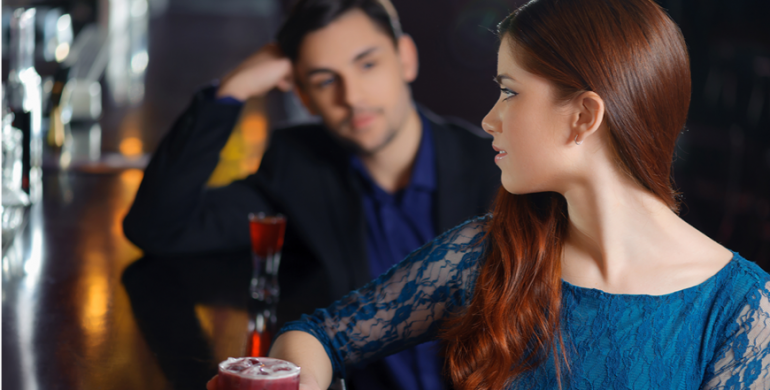 By dominance-At May 25, 2020-No Comments- Uncategorized

On the morning of the 25thof May 2019 we were faced with another assault against a woman in our community with the body of Courtney Herron found deceased at Royal Park in Parkville.  The level of violence in this case was described as extreme by homicide squad Detective Inspector Andrew Stamper, and its magnitude could be seen on television reports to have had a bitter impact on the emergency services staff involved.

When it comes to violence against women there are enormous individual, community and social impacts, but by far the most significant injustice is that these heinous crimes are often preventable.

The list goes on and on with alarming statistics quoting one in six women experience some form of abuse even prior to the age of fifteen.  Domestic or family violence against women is the single largest driver of homelessness for women, a common factor in child protection cases and results in a police officer call-outs once every two minutes (on average) across the country.

In what world should this ever be OK?

Whilst on the subject, I think it would be remiss of me not to mention that even though men are more likely to conduct physical violence against women, there are also women being very abusive and violent toward men – in most cases they don’t hit them but the actions of abuse are obvious.

Abuse of men happens far more often than you might expect—in both heterosexual and same sex relationships. It happens to men from all cultures and all walks of life regardless of age or occupation. Figures suggest that as many as one in three victims of domestic violence are male. However, men are often reluctant to report abuse because they feel embarrassed, fear they won’t be believed, or are scared that their partner will take.

My name is Nick Karas, I have run a Melbourne security company for more than twenty years and worked security in bars, nightclubs and gaming venues throughout Australia and overseas.  I have seen countless incidents of harassment, violence and assault against women perpetuated by males under the effect of alcohol, drugs and mental instability, or simply through a sense of entitlement or perceived superiority.

To that end, I would like to tell you and create an awareness about Ask for Angela.  It is something simple and easy to implement and a step in the right direction to help reduce assault and sexual violence against women in our community.

The issue of violence is not something that is ever going to be solved in my lifetime. However, after seeing Ask for Angela in use overseas, I would like to add my support to an Australian Ask for Angela initiative that I believe will make a difference.  Any step we can take, no matter how small, to help reduce the numbers of assault, rape or sexual violence against members of our community should be embraced.

Ask for Angela was initially launched in 2016 in hospitality venues in the United Kingdom to help increase the level of safety for those who feel they are being harassed, are threatened or feel unsafe.

At participating venues, the program allows patrons to ask staff for a woman called Angela – with the ‘Angela’ code word alerting trained staff to discreetly escort the person to safety.

Whether on a blind date, catching up with an old friend or meeting somebody at the venue for the first time, if at any stage you feel unsafe you can approach venue staff and Ask for Angela, and be removed from the situation.  It is a simple and effective method to remove yourself from a perceived threat.

The fantastic thing about Ask for Angela is that most hospitality venues in Australia already do the majority of what is being asked here.  If someone came up to you while working behind the bar or on the door and said that they didn’t feel safe, we all know that you would help to get them away from the situation they are in and home safe or wherever they need to be.  The problem isn’t so much that venue staff aren’t willing to help, its more about giving patrons the knowledge that they can ask for help, without feeling guilty, or inciting a reaction from the person making them feel more uncomfortable or unsafe.

Empowering people with the knowledge that the staff have been trained to help with very little fuss, that the staff will listen, that the venue cares about them and that all they need to do is Ask for Angela, could be the key to enacting change within the community.

There is something wonderful in our nature to help each other as human beings.  Drawing on this, I encourage all venue managers to implement this program into your venues to help patrons feel more comfortable, to feel safe and to aid in getting everyone home safely.

From a security professional’s viewpoint, being involved in an initiative like Ask for Angela brings up a Duty of Care across several areas that needs to be identified and dealt with accordingly.

As a priority, there is a duty of care for the person feeling distressed.  Security needs to prioritise their safety whilst in the venue and when possible, safely escort and ensure they can access appropriate transport to take them away from the premises.

Secondly, there is the often forgotten and perhaps resentful requirement to show a duty of care to the accused.  Is the report correct?  Have they been misunderstood?  Is there potential for damage to this person if reported incorrectly?

There is also a duty of care for the other patrons in the venue.  What controls have been put in place to monitor and ensure the safety of other patrons from this potential threat?  Once the accused learns that his date has left him by himself because he made her feel uncomfortable or unsafe, is this the sort of person who will take his frustration out on others? It is something to consider.

An incident report must be completed.  Whether this needs to be reported to the police is a grey area.  Often with alcohol involved it is hard to confirm stories, and difficult to find reliable witnesses.  But if it is reported to police through a formal complaint, then at least if the person goes to another venue and repeats the offence there will be a note on file.  At the very least we can stop repeat offences that could end up being catastrophic,

You would hope this initiative never or seldomly gets used but even if it only saves one person it’s certainly worth the effort.   As security professionals it is our job – our duty – to protect people.  We may not be able to help someone in their home – but we can, and we should protect people in our venues.

Protect them just as you would protect your own family.

For those not involved in security, or working hospitality, YOU need to relay this message to your loved ones.  As an uncle of two nieces and nephews, I am sharing this initiative as I want to protect those dear to me, the people I share my life with and wish to protect from outside dangers.  I now want you to share this message far and wide in the hope that it protects YOUR loved ones because the next person Ask for Angela might save could be your niece, your sister, your mother…….

Ask for Angela is not a responsibility for someone else.  It’s up to all of us, whether you are a parent with children of age, or simply heading out for a night with friends, it’s up to everyone to communicate the message behind Ask for Angela and work towards a safer future for us all.

Nick Karas has been the Managing Director of Dominance Guardian Services for over twenty years, providing a wide range of security services around all of Australia and overseas.  It’s been a long journey – but Nick has worked hard in an industry he loves.  With a Bachelor’s Degree in Criminal Justice and a 200+ strong workforce, Nick is considered to be one of the leaders in Melbourne’s ever expanding security industry and a valuable resource for any new or existing industry professional.

Dominance was founded in 1998 and has been providing Crowd Control and Security Guarding services to Melbourne and the surrounding suburbs for two decades.

Sign up to our newsletter to stay up to date with latest news in security.